Liebster award another one XD 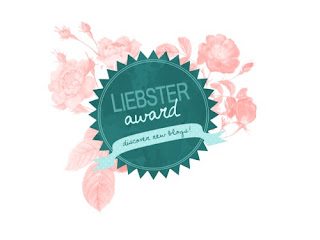 My sister Helene from thelittledollmaster re-tagged me for doing the Liebster Award, so thanks for that XD' Haha no really, thank you. It was nice to see you back doing blogging :D Plz keep it up <3

The rules:
1. Thank the person who presented you the award and link back to their blog.
2. Post the award image on your blog.
3. Answer 11 questions posted by the presenter.
4. Nominate 5-11 blogs with less than 200 followers.
5. Create 11 questions for the nominees to answer.
6. List the rules in your post.
7. Inform the people you chose of their nomination by leaving a comment on their blog and link them your post.

1. Which doll in your collection is the one you spend most time with and why?
Hmm...tough one...I actually think I've spend most time on Freyah, because she is pure gorgeousness >:D
2. What got you into the hobby?
My friend introduced me to her ws Luts Delf El back in 2005 before I went to Japan. But because I had to go to Japan for a year, I couldn't get my own before I returned home and had earned some money. But I think I knew back then, that I wanted one for myself. ^^
I ended up drooling over El as well, but decided on a Delf Shine in stead. I got him in the beginning of 2008 :D
3. How much money are you willing to spend on your dream doll?
Depends on how my situation at that point is. For now I think my absolute max is around $2000. My most expensive doll yet was a little over $1600 and was my IH Crow. oO"
I don't even wish to know how much money that is in DKK ^^"
4. What is your fondest memory in the hobby?
The day I decided to buy BOTH types of PW Dlight. Haha I couldn't believe myself, but at the same time it felt RIGHT! *___* It felt soooooo goooooooood!!! But also a little gaudy and scary XD'
5. Have you experienced anything bad in the hobby?
Well, the whole recast issue is pretty bad. I once joined a facebook group and a girl posted a pic with a huge recast haul and it was ridiculous. I fled that group immediately. Also, at one meet up here in DK there were people who brought and bought recasts which was also SO horrible. It was so awkward and I'll never go to a meet up with those people again ;^;
6. Do you have any specific things you go through when choosing name and looks for your dolls?
Mostly I go through name sites that include the meanings of the names. I find names I think are pretty and look up their origin and meaning. But its a process. Sometimes I create my own weird spellings of the names just because...I can. XD'
7. Is there anything you wish you did more in the hobby?
Most stuff really. Haha XD
I wish I was better at taking photos and doing faceups more often.
8. Do you have any routines when taking pictures?
Pick doll(s), pick background, find camera, pose doll, curse a lot, try to take some pictures, curse a lot, pose doll again, take more pics, curse a lot, try other settings on camera, take more pics, give up, put in photoshop, curse a lot, maybe something comes out of it. ^^"
9. Is there any specific doll or person in the hobby you are inspired by?
Not specific as such. I do get A LOT of inspiration from Anne <3 because we talk dollies so often, but also just from going through dollie sites on the web, visit DoA, go through Instagram or Flickr. There are inspiration to be had in so many places I think.
10. Do you have a holy grail doll, if yes which?
I guess it would be the Dolfie Dream Sheryl Nome of Ranka Lee dolls >_< If I was super rich I'd get them, but I'll do with watching them from afar. I'd love to have them, but I know I'll never get them, so I've just come to terms with that.
11. How many dolls have you got since you started in the hobby?
*Counts in head* 12 whole dolls (13 counting my incoming Hunky Dory). But I have sold a few since then.

I won't tag anybody. I think all the people I know here have been tagged once or twice already anyway :3
Posted by Unknown at 21.33