Thought I'd write an entry with whatever doll-related I can come up with in my life right now, seeing as I don't write that many blog entries - its not that I don't want to, I just don't really know what to write about XD'

I saw Alejandra's newest blog entry - about Mako Eyes - today, which reminded me; I ordered two pairs of Mako Eyes earlier this month. Haha so that is sort of a news...if a little late. ^^"
I decided to go with a pair of Iberis 021 for Ludwig and Iberis 006 for Crow (he hasn't gotten his real name yet). I hate acrylic eyes, and the ones they came with were all broken when I received them, so I really hope these will work out for me. To get an idea of the colors I stalked both DoA and Flickr for owner pics. XD'
Whenever I think of Crow (anyone have any ideas for names?) I always gets "Eye of the Tiger" by Survivor stuck in my head oO" So I wanted to see if I could find nice brown eyes that 'shines' ^^ Let's hope the IB-006 will do just that :D

Today I also got a bill from customs to pay for my Taobao order. I'm pretty impressed that its already here. :O
It was sent by SAL, so I thought it would take much longer. It always takes around a month for the stuff I buy on eBay XD
But that was a pleasant surprise. I hope I get to play around with it in December :D
Might make some minions for my crew ^___~

Currently I'm working on Freyah for the PW competition. I'm trying to see if I can give her a body tattoo and body blushing. Hope it will be done in time for the competition. XD'
Its mainly a swirl pattern with some lace-ish things and red carnation flowers. ^^ Hope it'll be nice in the end. I've never done it before, and my hands are not very familiar with using a brush on bigger areas like that. But it is fun to work with :D 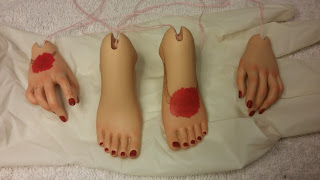 Its really annoying not having any money. XD
I'd love to buy new dolls all the time, but by now my funds are exhausted and I'm really feeling the sad life of being a student on a tough budget >_<"
That didn't keep me from ordering lots of cool stuff from Taobao though. Now, you might think I've ordered more clothes or stuff like that...but I didn't ^^"
For some time now, I've been wanting to try my hand at sculpting, so I've bought lots of cool sculpting stuff :D
I don't know if I'll ever be able to make anything nice, but I'd love to try and see if I could make props and eventually dolls myself. Just for fun. I'm not planning on making stuff to sell ^^
It would be a nice creative outlet for me I think, especially when I start my internship next semester. Then I won't have homework or boring stuff like that - My spare time will be my own! Muhahahaaa >;D
I found a really neat seller on Taobao: store link
They carry all sorts of awesome DIY stuff, also for doll making :D
This time I ordered using bhiner.com as an agent, because I read Alejandra had tried it and their fee seems lower than taobaotrends.com ^^
Its a nice page to use and pretty easy. I didn't quite understand the quote thing to begin with, but I found out. I let myself be confused by the word "quote" XD
I ended up having to bargain for a SAL shipping, because the package ended up weighing 4kg which was pretty pricey in shipping. So SAL was the least expensive option where tracking was still included. ^^"

I'll just show you guys what I bought: 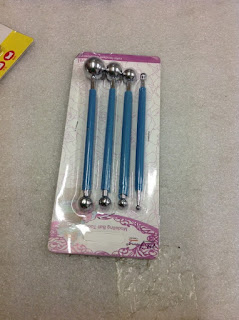 I've read somewhere that these are good to use for making joints and sockets, so I thought I'd try a set. They might also work as eye-sizers?! XD 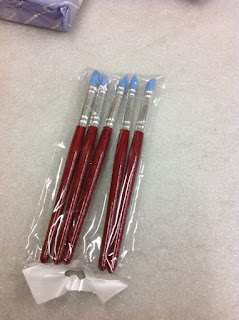 These things annoyed me in the past, but I've watched sculptors on YouTube use these to smoothe the clay on fine details and such. ^^ Needed those ;D 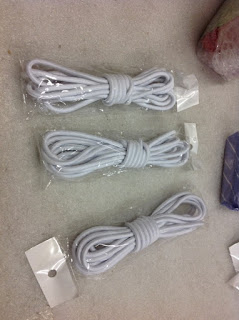 String for 1/3 dolls. I've wanted some for some time, since its always nice to have around. And IF I try to sculpt a full doll, I'd probably want to see it all strung anyway ;P 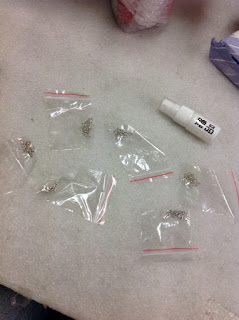 I honestly thought I was buying one single of these tiny screw/hook thingeys (those you sometimes see screwed in feet and such for the S-hooks), but they came in sets...I'm getting a lot of those then XD' 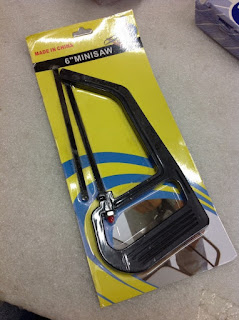 It was cheap so I just upped and bought this saw. I felt a bit ridiculous doing it though. XD
I'm thinking, if I'm making a head I'd want to saw the headcap off, and if I'm making arms or legs I'd probably sculpt those in one and then saw them over where I want the joints? 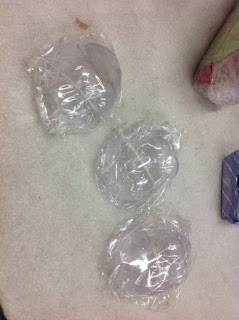 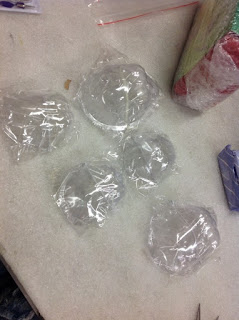 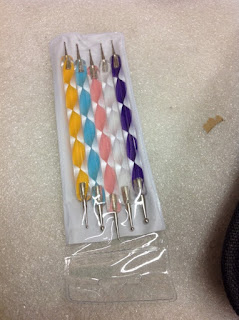 Small thingeys with little balls at the tips. Not really sure when and if to use these normally, but I thought they might do well for dimples, ears, eyes, nose and other such details ^^ 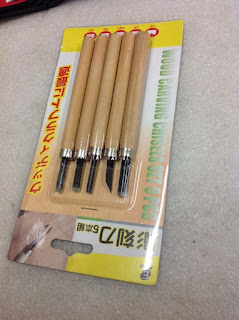 Carving tools, because you can carve La Doll clay *___* 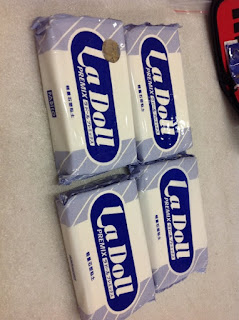 The clay of cause ;D Very important!
After consulting with my dear friend Anne, I decided to try this blue version. 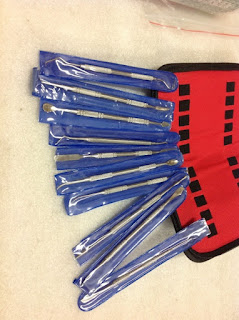 I got this set. I've read that people find these dentist tools amazingly helpful when sculpting, so I bought a set. 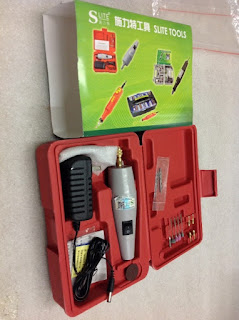 Last but not least; a mechanical drill machine thing. :D
I hope it works decently. It was not very expensive, so I'm a bit afraid the quality might be bad. Hope not though ^^

So, that was it for this time. It all became around $80 which I think is very neat. These pictures are those I've gotten from bhiner.com after they received it all, and I'm pretty confident it is all nice stuff.

Well, that is it for now I think. This weekend I'll try to paint Freyah's body for the PW photo competition in December. :D Hope to be able to share some photos with you guys soon. <3
Posted by Unknown at 21.33 8 kommentarer: