I was going to update earlier but last week my computer broke. I wanted to fix it this upcoming weekend (have to reinstall everything - thanks Windows!) BUT! My grandmother passed yesterday, so I'll probably be away the upcoming weekend for her funeral. Which means, I won't be able to do any photo stuff until the weekend after ;^;

But yeah. I'm still on it. I just won't be able to update with new picture until I get my computer fixed ^^"

New addition to the family

So on Wednesday I woke up and felt super tired, so I texted my boss to ask if I could use a holiday-day-off because I was tired. He told me yes so I went back to sleep. When I woke up I got a text from PostNord saying I could pick up my Rosemii Blossom! Yay!
So I went and got her and if you want to check out the box opening pictures, please go to my Instagram account:

Also. The clothes is GORGEOUS as always! I took some pictures of Rosemii and Hunky Dory in their new outfits and put those on my Instagram too:

Only thing that surprised me was not getting a wig with Rosemii. I checked the sales page and it doesn't mention that you'll get a random wig, so I guess Peakswoods stopped doing that? ._.
At least I got the cute bunny ear wig together with the clothes. :)

Also. I noticed that Rosemii - even though she is colored - does not have any marbling from what I could tell. I was pretty impressed. I think I've noticed tiny marbling on almost all my PW dolls...so yeah. That's pretty nice. :D

Last but not least I grabbed all the different colored Peakswoods dolls I own, undressed the bunch and lined them up for some comparison photos. Again, they are on my Instagram (
I was lazy and uploading to Instagram on the phone is so easy) ^^"

Comparison pictures of a lot of different Peakswoods colors

Hope it gives a good idea of how the colors look irl and compared to one another. :)
Posted by Unknown at 20.28 7 kommentarer:

First update in a loooong while

And suddenly so much time has past! D:

Well, its been pretty quiet in the hobby for me since I received my PW Hunky Dory.
BUT! I 'finally' bought a new girl! :'D 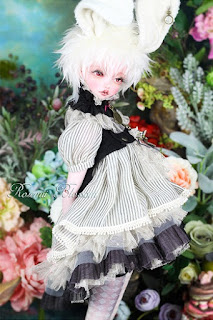 Yep! I bought PW Rosemii Blossom in Pink Punch skin! *__*
I also got the dress and eyes since they are awesome and she'll fit right in next to my White Rabbit Tristan :D
Also...I bought the Frog Princess dress for my Hunky Dory since the Doll Heart dress she's been wearing until now is waaaay too big ;_;
The Doll Heart clothes are pretty big on the petite PW Lolita body ._. So I'm kinda hoping I can get more of those amazing Ardeaur De L'Amour dresses for the rest of my gang. *^^* We'll see.

Some other updates are, that I strongly considered selling my IH EID Lawrence since the EID men are really difficult to find nice clothes for unless you buy them with a doll. And I'm not really the biggest fan of the handsome but terribly un-poseable EID male body, so I've decided not to get any more of those. I still really like Lawrence's face, so I asked Anne if she might like to sell me her Naval uniform from the Lawrence release since it's one of the only sets from Iplehouse I think would look just as amazing as my Crow outfit :)
She said yes!!! <3 <3 <3
So glad he'll get some nice clothes. It has also made me way more motivated to finish him :3
Just...he won't be Ludwig...I'm actually considering if I should make Crow into Ludwig. Might work?

Other than that...well I've finished a couple of faceups AND sold my remaining PW normal skin tinies to my friend Avi. We've been having little doll-parties the two of us in the last couple of months ^^

I also want to really get into photographing. So I'm studying various interesting tutorials. I hope that I can snap a few shots this upcoming weekend. :D

I can't wait to really get back in the game! I'll show you my new doll shelf soon :3
I also promised a girl on DoA that I'd take some comparison pictures of all the different Peak's Woods skin tones I have as soon as my new girl arrives. I'll make sure to post those pics here too :)

If anyone reads this, thank you for not forgetting me ^^" sorry its been so quiet for so long here.
Posted by Unknown at 22.33 7 kommentarer: 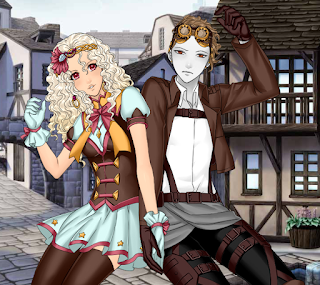 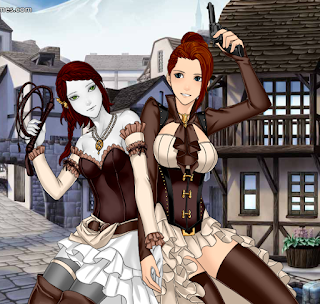 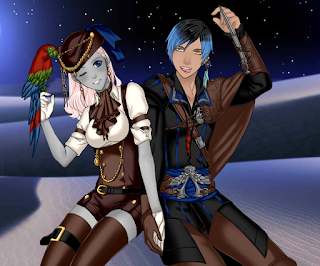 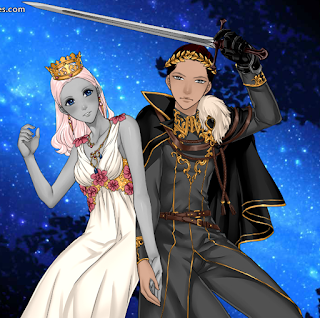